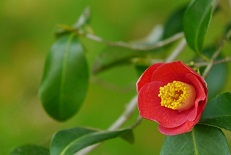 Welcome to another edition of Quarterly Review. This time, we look at words expressing personal judgments such as good and bad, which should be avoided in scientific writing except in certain situations. We then focus on a mistake often made by Japanese researchers when writing abbreviated terms out in full, and conclude with some advice about the word trouble.

Words such as good, bad, excellent, inferior, and so on are not used very often in scientific writing, except in certain limited situations such as “X showed good agreement with Y” or “X showed poor agreement with Y.” The reason is that these words generally represent a subjective judgment; that is, the personal opinion of the writer. Who has the power to decide whether something is “good” or “bad”? This can be a delicate issue in scientific circles.

To give another example, let’s imagine that you have developed a new algorithm that you believe will be an excellent tool for researchers in your field. Here, rather than referring to the new algorithm as good or excellent, I would recommend a more neutral term such as useful; that is, a useful algorithm. Of course, the word useful itself could also be considered to be a personal opinion (i.e., who decides whether something is “useful” or not?), but it has more of a rational, scientific nuance, and the usefulness of a technique, etc. is usually clearly shown by the results of the relevant study.

(2) A common mistake when writing abbreviated terms out in full

As you know, most abbreviations are formed from the initial letter of each word in the term concerned (for example, the term light-emitting diode is abbreviated LED). In some cases, however, this is not true.

As an example, the abbreviation EPMA stands for either electron probe microanalysis or electron probe microanalyzer (this is a case in which an abbreviation can stand for either of two closely related expressions). The key point here is that the words microanalysis and microanalyzer are each usually written as a single word. Even when we have an abbreviation in which each word or prefix is represented by a letter (e.g., MA = micro + analysis or micro + analyzer), the word is still written as a single word if that is its normal style; we don’t have to separate the words or use hyphens in order to match each letter of the abbreviation.

Many Japanese researchers mistakenly add hyphens when spelling out terms in full to match the related abbreviations; such as writing electron probe micro-analysis to match the abbreviation EPMA. Please remember that there is no need to do that; even though the abbreviation MA seems to represent two words at first glance, in fact the correct term in this case is microanalysis (or microanalyzer); that is, a single word.

As mentioned above, there are cases in which an abbreviation can stand for two closely related expressions. This is especially true for pairs of expressions in which one term represents a scientific technique and the other term represents the device used to implement that technique; for example:

There are many other examples of such pairs of terms. In your scientific writing, feel free to use whichever term you believe is most appropriate in any given situation. For example, you could write “We used frequency modulation (FM). . . .” or “We used a frequency modulator (FM). . . .”; either of these expressions would be fine, depending on the context.

(3) Beware of the word trouble.

The word trouble is rarely used in scientific writing (although it is often used in general contexts including technical manuals, etc., especially in the troubleshooting section). Rather than trouble, it is better to use another term in your papers such as problem, issue, malfunction, difficulty, etc. Here are some examples showing the use of such terms instead of trouble:

* “The slow reaction speed caused trouble → a problem in the process.”
* “The lack of a suitable technique is highly troublesome → a serious issue.”
* “Mechanical trouble → A mechanical malfunction occurred.”
* “We experienced trouble → difficulty in repairing the device.”

I hope that the above comments are helpful to you in your work.