(1) The values obtained or the obtained values: Which word order is correct?
過去分詞で名詞を修飾する場合について解説します。
名詞を前から修飾する場合と後ろから修飾する場合がありますが、どのように使い分けるとよいでしょうか。 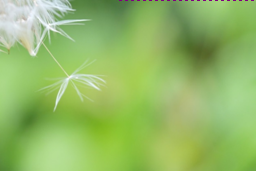 One of our readers recently submitted a question regarding the word order to be used when a noun is modified by a past participle; for example, values obtained versus obtained values. This is a very good question, and we begin this issue by responding to it. As a result of the detailed answer required to answer the question fully, this issue of Quarterly Review is a little longer than usual. We also take a brief look at expressions related to success and failure, and end with a reminder about the words conventional and traditional.

(1) The values obtained or the obtained values: Which word order is correct?

The following sentence appears at the end of item (2) in the Quarterly Review (Issue No. 18): “Table 1 lists the values obtained.” In this sentence, the word values is a noun followed by the past participle obtained. The reader asks whether it is also possible to write obtained values, putting the past participle before the noun. Another example given by the reader is documents reviewed versus reviewed documents. So the question is this: Is it possible to put a past participle that modifies a noun in either position before or after the noun?

(a) Past participle before the noun:
The key point to remember is that in most cases, the past participle is positioned before the noun it modifies. In this position, the participle is usually describing a fundamental characteristic or property of the thing(s) referred to by the noun. Therefore, we would write measured values, reviewed documents, a completed project, and so on. In each of these expressions, the emphasis is on the noun (values, documents, or project in these cases), not on the process of measuring, reviewing, or completing.

(c) Deciding which expression to choose:
Despite the differences in emphasis described above, there is no clear rule in English specifying whether a participial adjective should be positioned before or after the noun it modifies. It is more of a “case-by-case” situation, in which we have to decide what feels natural in any given sentence. However, here are some examples to help you decide on the word order of some commonly used participial adjectives.


(i)Participial adjectives generally positioned before the noun (*):
reviewed (the reviewed documents, not the documents reviewed)
measured (the measured values, not the values measured)
completed (a completed project, not a project completed)
analyzed (the analyzed data, not the data analyzed)
reported (the reported findings, not the findings reported)
proven (a proven need, not a need proven)
known (a known phenomenon, not a phenomenon known)


(ii)Participial adjectives generally positioned after the noun:
achieved (the results achieved, not the achieved results)
shown (the methods shown, not the shown methods)
discussed (the issues discussed, not the discussed issues)
concerned (the people concerned [meaning “the relevant people”], not the concerned people [meaning “the worried people”])

The above is only a partial list of some commonly used participial adjectives, but I hope it is helpful to you. To summarize, if you are not sure which word order to use, I recommend that you position the past participle before the noun, except when using the past participles listed in (ii) and (iii) above or when the participle is part of a relative clause that is written out in full, in which case the past participle should be positioned after the noun.

(2) Expressions related to success and failure

The preposition in plus the present participle (the -ing form of the verb) is generally used in expressions related to success; for example, “We have succeeded in measuring X,” “We believe that we will succeed in modeling Y,” and so on. On the other hand, the preposition to plus the infinitive form of the verb is the standard style used in expressions related to failure; for example, “We failed to measure X,” “We fear that we might fail to model Y,” and so on. I hope you will only need to use the former expression in your work, but it’s good to be aware of the style used for the latter type of expression, just in case.

(3) The different usages of conventional and traditional

In scientific fields such as materials science, marine science, environmental science, physics, and so on, the word conventional is usually the best choice of expression, rather than traditional, when comparing something new with something that is pre-existing (e.g., “The new technique is more accurate than the conventional method”). The word traditional is generally used in cultural, anthropological, historical, and similar fields (e.g., “The dissemination of mobile phones has greatly affected traditional modes of communication”).

Until next time, keep up the good work!