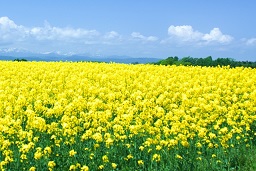 In this edition of Quarterly Review, we start by exploring the subtle nuances of some common expressions to describe the concepts of increase and decrease. We then examine the respective usages of the expressions used in and used for, which are sometimes a source of confusion, and conclude with a few pointers about how to write the names of authors of studies that you wish to cite in the text of your papers.

A large number of expressions are used in scientific writing to indicate quantitative changes, particularly increases or decreases, that take place either in the laboratory or in the external world. These include changes in chemical or physical properties (e.g., the level of concentration of a solution or the coercivity of a magnet), changes in indicators of the state of materials (e.g., temperature or pressure), changes in natural phenomena (e.g., sea level or wind speed), changes in the values of variables or parameters (e.g., x or y), and so on. In scientific research, a great deal of attention is placed on the ways in which things increase or decrease.

The question is: What is the best word in each of these cases to indicate the concept of increase and/or decrease?

♢ Increase/decrease: The words increase and decrease are the expressions most commonly used to describe quantitative changes. In some cases, however, it may be better to use another expression (see below).

There are various other expressions that can be used to indicate quantitative changes, such as expand/contract, grow/subside, and so on, but those described above are the main ones. Note that increase, decrease, rise, fall, surge, and drop can all be used either as nouns (“a drop in the value occurred”) or as verbs (“the value dropped”).

(2) Watch out for the difference between used in and used for.

The expressions “X is used in Y” and “X is used for Y” are sometimes confused with each other, but the difference between them is, in fact, quite clear. Let’s look at the usage of these two expressions.

♢ Used in: We generally use the preposition in when we are referring to the application or field in which the item will be used. Here are some examples: —used in various applications
—used in certain fields
—used in specialized areas
—used in the dental industry.

♢ Used for: When the preposition is for, the accompanying expression normally indicates the purpose or reason. Here are some examples:
—used for various purposes
—used for certain objectives
—used for specialized aims
—used for the enhancement of safety in the dental industry.

(3) Some hints on citing the names of authors

However, in the rare case that there are two different references by authors with the same family name, we would include their given-name initials (“. . . as shown in studies by R. Smith et al. [2] and L.B. Smith [3]”). In the References section, of course, we usually include all of the given-name initials of all of the authors.

When a paper being cited has two authors, we usually write both authors’ names (e.g., “. . . as shown in a study by Smith and Brown [4]”). When there are three or more authors, on the other hand, we usually write only the first author’s name plus “et al.” Some journals might not necessarily follow this rule, so please check the style normally used in the journal to which your paper will be submitted, if possible.

Until next time, please stay safe, and keep up the good work!