(3) Don’t forget to include people’s given names in the Acknowledgments.
うっかり忘れがちですが、気をつけなければいけませんね。 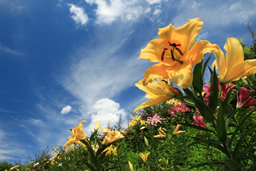 Happy New Year! I hope you had an enjoyable shōgatsu with some time to relax with family and friends. In this issue, first we review the nuances of various expressions that can be used when making a statement about something that is not yet a proven scientific fact. We then examine how certain Japanese words and names can be romanized (written in Roman characters; in other words, using the English alphabet), and conclude with a brief remark about names mentioned in the Acknowledgments section.

(1) Think, propose, suggest, consider, believe: How confident are you?

When making a statement that you are not fully confident about, avoid the expression “we think,” which is generally considered to be too informal for scientific contexts. However, you can use “it is thought that” when making a statement about something that is generally accepted to be scientifically true; for example, “It is thought that the coast was formed by a seismic event in the distant past, although no evidence has yet been found to support this.”

Next, let’s look at the words propose and suggest. Propose is most commonly used with the word we (e.g., “We propose that. . . .”). On the other hand, although it is possible to write “We suggest that” in a scientific paper, suggest is more likely to be used with a different expression; for example, “These results suggest that. . . .” or “This suggests that. . . .” Statements using the word propose generally have a slightly more confident nuance than statements using suggest. To summarize:
More confident: “From these results, we propose that the differences in X depend on Y.”
Slightly less confident: “These results suggest that the differences in X depend on Y.”

The so-called long vowels in Japanese are formed in various ways. Looking at おう and おお in particular, we don’t usually directly romanize these vowels as “ou” and “oo,” respectively, when writing in English. The reason is that in some cases, when people who are unfamiliar with the Japanese language see such romanization, they pronounce the words completely differently to the correct pronunciation. For example, ou is pronounced as アオ in English in words such as sound, or as ウー in words such as you. On the other hand, oo is pronounced as ウー in words such as room.

Please refer to the second sentence at the beginning of this issue of Quarterly Review: “I hope you had an enjoyable shōgatsu with some time to relax with family and friends.” If you romanize 正月 as shougatsu, people who are unfamiliar with the Japanese language will probably mispronounce it as シャオガツ. Therefore, it is better to delete the u and romanize the name as shogatsu, or (following the revised Hepburn system of romanization) to add a macron ( ¯ ) over the o to indicate that it is a long vowel; that is, shōgatsu. Notice that shōgatsu (or shogatsu, if you don’t use the ō character with a macron) is written in italics because it is a Japanese word.

The same applies to the romanization of Japanese people’s names (except that names, being proper nouns, are not written in italics). Let’s examine the name ごとう とおる. Strictly speaking, the correct romanization of this name is “Tooru Gotou” (written here in the Western name order, family name last, the style normally used in an English-language publication). Unfortunately, English speakers who are unfamiliar with Japanese names will usually mispronounce “Tooru Gotou” as トゥール ゴタウ. I therefore recommend that this name be romanized as either “Toru Goto” (or, if macrons can be used in the publication concerned, as “Tōru Gotō”), so that it will be pronounced most closely to the correct Japanese pronunciation.

Some people use the letter h to indicate a long vowel; for example, “Tohru Gotoh.” This sometimes works well, but can cause unnecessary confusion in some cases. If the name おおえis romanized as “Ohe,” for example, it will most likely be mispronounced as オヘby English speakers. Hence, I recommend that the name おおえ be romanized as “Oe,” as seen in the most common spelling of the name of the winner of the Nobel Prize in literature in 1994, Kenzaburo Oe. Care should be taken to make sure that the use of the letter h does not create a new mispronunciation problem.

Of course, the final decision as to how to romanize a particular person’s name is ultimately up to that person, and each person’s individual preference regarding the romanization of their name should be respected.

(3) Don’t forget to include people’s given names in the Acknowledgments.

While we’re on the subject of names, Japanese researchers often forget to include people’s given names in the Acknowledgments (also spelled Acknowledgements) section; for example: “The authors are grateful to Professor Sato of XYZ for his valuable advice.” Please always remember to include each person’s given name as well (e.g., “Professor Eiji Sato”).